skip to main | skip to sidebar

Poets of the tiles and parks

Crouched, handcuffed, tamed after long hours behind the steering wheel, the desk or the counter, he arrives to the milonga to decompress, extend, and express himself. It is his opportunity to be unique, to break with the rules of the herd.
Running all day behind the children, the men, the supermarket cart, the money, and the so often proclaimed emancipation, she finds in dance the time to dream, surrender, of letting herself go in the hands of somebody else and for a while not having to make decisions on her own. Cradled, protected, and guided she unpunishedly renounces to the mandate of being independent. At the same time she acquires new desires: sitting alone, she looks without pretenses at the man who she wants to dance with, embracing a stranger, and then another, and another…
There in the milonga man and woman will write their novel, which expresses the measure of their daily prison and the immensity of their dream of freedom.
For hours or minutes he will be able to be an artist: drawing the parquet with an invisible crease, making bodies vibrate like musical instruments, or declaiming that verse, which took him years to perfect so as to make it so synthetic that it would perfectly fit between scarce seconds between tango and tango. Although there is always an incontinent who relates his sonnet (or blabber?) during the whole segment.
But the main text, the ephemeral art written on the dance floor slate, is the dance itself.
"The tango steps are like the letters of the alphabet with which each dancer writes his or her own poem,” repeat tirelessly the instructors to those who want to learn sequences by heart, copy steps, imitate styles.
There are confined dancers, of brief and concise text, stripped and austere. Only the feeling, the quality of the embrace, and the way of carrying the beat rescues them from monotony. Some dazzle themselves with the dexterity of their phrasing. Others can be so flowery that they become annoying. Not to mention the unskilled dancers who dance a monologue by heart, don’t know how to mark, and when she cannot follow them they say with a wise expression: “you did not know this step, right?”
The poetry of women deserved its own chapter. It is presumed that they let themselves be lead. Although some resist themselves, it is not known if they do it because of modesty or because of an inconvenient attack of feminism. Others seem to be dragged, with a passivity that more surrender seems like resignation.
There are those that without losing the dialog print in the dance their own energy, using for the first time an embellishment, playing subtly with the distances and the gestures. They give to the accomplice floor the caresses they do not dare give the men. It is up to him to decipher the message.
And this miracle of creativity is repeated and multiplied in each couple, with each tango in a literature of unpublished and unrepeatable texts.
The porteño is an expert improvising, how to make it with that salary to the end of the month, how to cross the street without the light, how to face the one thousand and one daily problems in which the only sure thing is the uncertainty. “I’m going for it, it will occur to me eventually how to figure it out,” seems to be his motto in life as well as in tango.
Like that, the ancient art of the payador, the renewed art of the milonguero, and the art of daily living in Argentina have something in common: the sublime talent of improvisation.
Publicado por Sonia 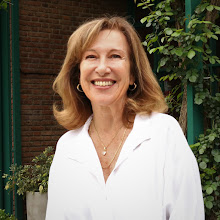